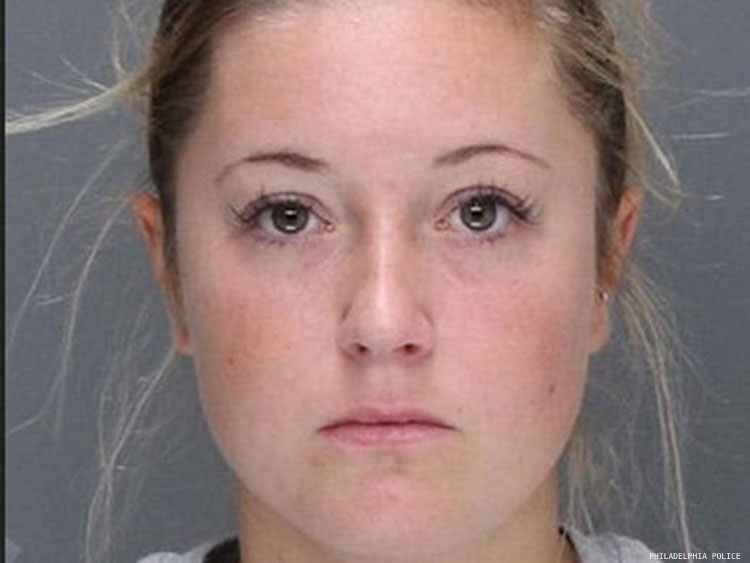 After the jury was dismissed in the trial of Kathryn Knott in Philadelphia today, three jurors spoke to the press, saying the entire jury believed Knott not only punched the victims but yelled anti-gay slurs in the violent gay-bashing that took place on September 11, 2014.

But she said jurors had to compromise on certain things.

Another juror, Aristeo Duenas, 33, of Brewerytown, said: “The conspiracy was what was tripping us up.”

He and juror Gina Cook, 36, of Roxborough, said jurors had to examine what the law said on the various charges Knott faced.

“If the decisions went the way that I wanted them to go, she would have been guilty on everything, but when you read the actual law,” and apply it to what happened, it can be different, said Duenas, a public-school teacher.

Tweets that Knott posted on her Twitter account in 2012 and 2013 became part of the trial, with prosecutors contending they showed Knott did not like gay people.

In one tweet, after Knott saw two men kissing in a bar, she wrote “#gay #ew.”

Knott testified in the trial. She said her tweets were not meant to be offensive and were taken out of context.

She also testified she did not punch anyone or yell any antigay slurs on the night of the assault.

Asked about her tweets, Duenas said: “We were pretty disgusted. It was pretty embarrassing to watch her testify. She was trying to explain away these tweets. … She would have become a better character to me if she would have been like, ‘You know what, I messed up. I said those things. It was stupid.’ “

Cook said: “I think it’s so easy for the word ‘gay’ to be thrown around, and it’s dehumanizing. For some people it’s just a way of explaining something lesser.

“It’s just horrific. To watch her explain this hate speech, in my eyes, it’s saddening, and I hope that whatever sentence she receives that she will have time to think about how hurtful words are and that, to me, it’s, in the law, it’s promoting and it’s inciting.”

Knott heads back to court on Feb. 8 for sentencing.