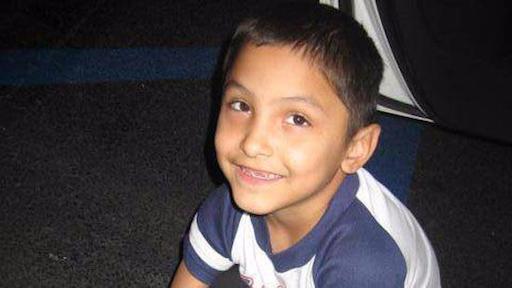 Jurors in the case of Isauro Aguirre, found guilty of first-degree murder of 8-year-old Gabriel Fernandez, have recommended the death penalty for the 37-year-old man.

Aguirre was convicted of first-degree murder on November 15. According to prosecutors, Aguirre hated the boy because he suspected he was gay.

Jurors on Wednesday voted for the death penalty for a man convicted of fatally torturing his girlfriend’s young son — a savage slaying that led to sweeping reform within Los Angeles County’s child-welfare system.

The verdict ended a murder trial in which jurors heard and saw disturbing evidence about how 8-year-old Gabriel Fernandez suffered repeated abuse at the hands of Isauro Aguirre, 37, who stared ahead expressionless as he heard the pronouncement.

When paramedics arrived at the boy’s Palmdale home on May 22, 2013, Gabriel was unconscious and had a cracked skull, broken ribs, burned and bruised skin, missing teeth and BB pellets lodged in his groin. He died two days later after being removed from life support.

During closing arguments in the penalty phase of Aguirre’s trial, Deputy Dist. Atty. Jonathan Hatami told jurors that in the months leading up to the boy’s death, the defendant had reveled in his brutalization, forcing Gabriel to eat cat feces and his own vomit. The boy slept in a small cabinet, the prosecutor said, with his ankles handcuffed, his hands bound and his mouth gagged with a sock.

Aguirre is scheduled to be sentenced on March 8.