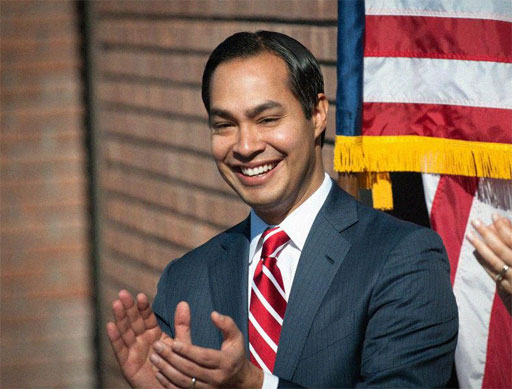 Finally a guy who doesn’t pussyfoot around.

Julián Castro, the former mayor of San Antonio and secretary of Housing and Urban Development during the Obama administration, tells Rolling Stone Magazine he’s “likely” to make a run for president in 2020.

For months, the 44-year-old Castro has been hopscotching between Nevada, Florida, Arizona and other battleground states to campaign for Democrats ahead of the 2018 midterms. He dutifully trekked to the Iowa State Fair in August for a turn on the famous political soapbox.

On the subject of his presidential aspirations, he gave the clearest indication yet about his plans for 2020. “I’m likely to do it,” he tells Rolling Stone. “I’ll make a final decision after November, but I’m inclined to do it.”

Many in the Democratic Party have been looking for younger blood to infuse the Dems with some youth and energy.

With the Hispanic community becoming the fastest growing minority in the country, a Latino candidate could provide a lot of energy.

We shall see. Get to know Castro better at the Rolling Stone link.