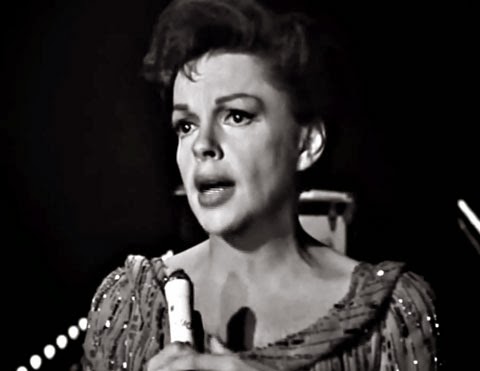 On December 13, 1963, Judy Garland sang “The Battle Hymn of the Republic” in honor of the recent death of President John F. Kennedy.

One of my favorite performances ever by Garland, I see her vulnerability and her strength at the same time.  Like a sorcerer whose powers might have faded, she summons up powerful magic by sheer force of will to pay honor to her friend.  The loss of the president and the inspiration of his promise is clear in her eyes.  Check out the 2:50 mark as she stands straight and solid in her strength.

When I think of the passing of JFK, this is one of the most vivid images I think of.

Another version of the song is on YouTube that incorporates footage of young JFK here. But I prefer the version below as it communicates the passion and power of one of the defining performances of Judy Garland’s career.