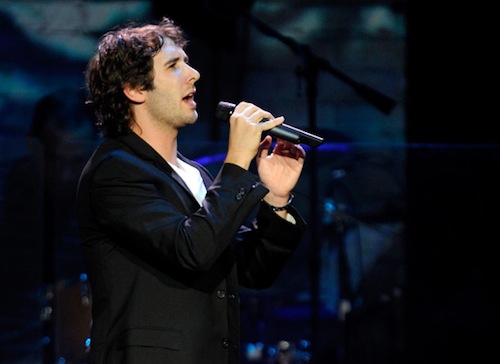 And – he’s really stepped up showing his quirky, funny side during the concert which really makes him more endearing to the audience.

My one quibble – can I use the word ‘quibble?’ – is that for his encore he comes back on stage to sing arguably his biggest hit song “You Raise Me Up” which the entire audience clearly was waiting for.

HOWEVER, Josh invited the audience to sing along with the song. Now, while I love singing along at home with Josh in my shower or living room, I personally feel there are people who paid good money to hear JOSH GROBAN sing his big hit song – not the woman next to me who took Josh up on his offer to sing along, and did so at full voice.

So instead of hearing the world-class “over a $100 dollars a ticket” Josh Groban, I got to hear “Nancy from Ohio” standing next to me sing “You Raise Me Up” full voice in my ear. Nothing against “Nancy from Ohio” – but I wasn’t there to hear her sing Josh’s hit song.   And truth be told, she was just taking Josh up on his invitation.

Please Josh – while it’s friendly and quirky to invite the audience to sing along, I believe there are a lot of folks who come to your concerts to hear YOU sing. Not “Nancy from Ohio.”

Can you imagine paying good money to see Celine Dion and the woman next to you in the audience belting out “My Heart Will Go On” full voice?  Or the guy next to you at an Olivia Newton-John concert singing along with abandon as Olivia sings “I Honestly Love You”?   Think about it. 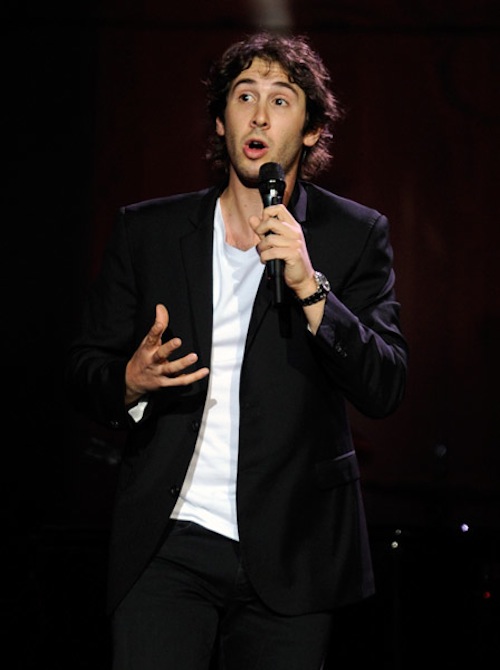