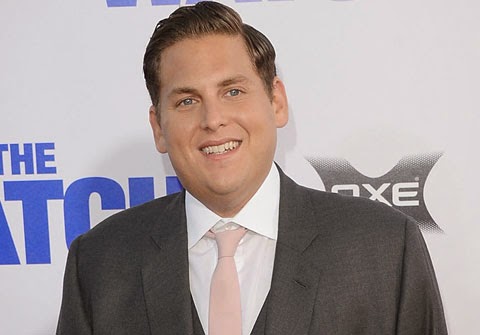 22 Jump Street star Jonah Hill went on the Howard Stern Show this morning to take responsibility and apologize for using a homophobic slur at a paparazzo over the weekend.

TMZ published a video showing Hill saying, “Suck my d***, you f*****!” to a photographer that Hill said had been hurling caustic comments at him all day.

This morning, Hill had this to say:

I’m upset. Because from the day I was born and publicly, I’ve been a gay rights activist. Okay?

Now, — you saw a 40-second video. This person had been following me around. Just to give it some context, not excusing what I said in any way. This person had been following around all day, had been saying hurtful things about my family, really hurtful things about me personally. And I played into exactly what he wanted and lost my cool. And in that moment, I said a disgusting word that does not at all reflect how I feel about any group of people.

I grew up with gay family members. I’m leaving here to go spend the day with one of my closest co-workers and best friend who is gay and is getting married. I’m going to stand in his wedding.

I’m not at all defending my choice of words, but I’m happy to be the poster boy for thinking about what you say and how those words – even if you don’t intend them – and how they’re rooted in hate and that’s bullshit and I shouldn’t have said that.

Look, I think I’m pretty good at making movies; I’m not good at being a famous person. I’m just not. There are some people who are meant for it.

If you call me ugly, if you call family members of mine drug addicts and maniacs, I’m eventually going to lose my cool.

Now what I said in that moment was a disgusting and hurtful term. I should’ve just said either nothing or “fuck you.” Instead I used a word I don’t use in my personal life. It’s not part of my vernacular.

I’m happy to take the heat for using this disgusting word. What I won’t allow is for anyone — it would break my heart to think that anyone would think, especially with all the work I’ve done and all the loved ones I have, that I would be against anyone for their sexuality.

According to TMZ, Jonah has been a very vocal supporter of gay rights speaking out against Russia’s anti-gay laws leading up to the Winter Olympics.