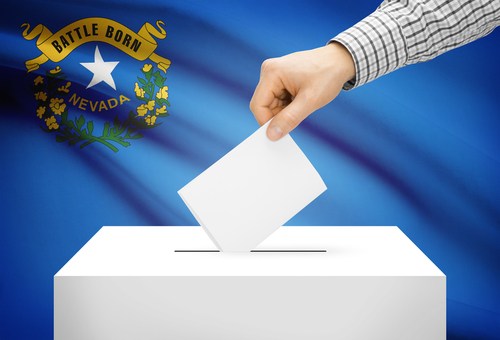 While the recent polls seem to lean in Donald Trump’s direction, Nevada political expert Jon Ralston sees a rosier future for Hillary Clinton as he sums up the early voting results and how the numbers stack up:

On the presidential (and maybe applies to the U.S. Senate, too), some math still holds:

Note: Trump is not going to get 90 percent of the GOP base, and with all of those votes banked even before the Comey letter, it’s almost impossible for him to win indies by 20. (Romney won indies by 7.) You see his challenge.

If Clinton holds her base here (data I have seen shows she is, and minority turnout is going up) and turnout patterns don’t dramatically shift in the last two days of early voting, she can’t lose Nevada. Solid lean Clinton right now.

More than 617,000 have voted in Nevada. That’s 42.2 percent. More than half the vote is in unless Election Day turnout is well above the norm.

The Democrats have a 34,500 voter statewide lead (probably under 34,000 after the rurals are posted). That’s 42-37, or about a point under the registration lead. The GOP turnout edge is 1.2 points.