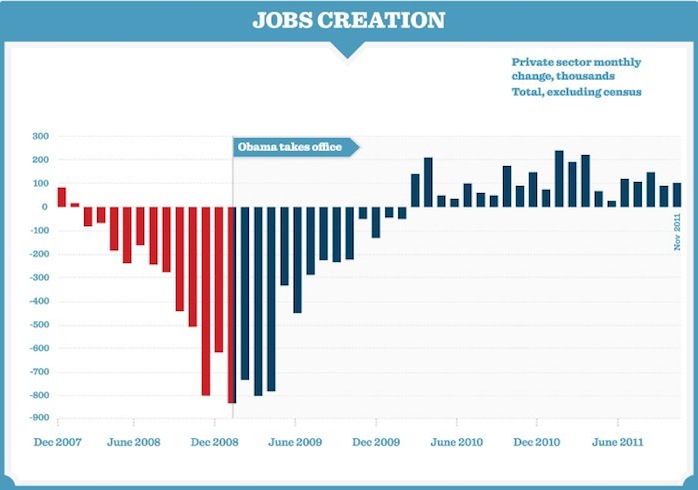 Today, while endorsing Mitt Romney in New Hampshire, John McCain – failed GOP presidential candidate in 2008 – accused President Obama of many things including ruining the US economy.

I think Sen. McCain may be confused.  Check out the graph above. The red shows the job loss month by month before President Obama took office.  It shows the country losing hundreds of thousands of jobs a month.

Now notice the navy bars.  Month by month after President Obama took office shows marked improvement.  The job losses slow down and then reverse into clearly position territory with private sector jobs being created.  The US has now had 21 months of improved employment growth.

Sen. McCain may want to check again on “who” exactly destroyed the US economy.  In fact, it wasn’t President Obama.  It was eight years of President Bush and his policies.

For anyone who says the US is heading in the wrong direction, look again at the graph.  Would you like to go with the red bars or the navy?