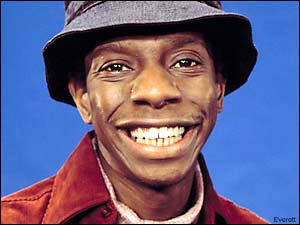 1970s TV star Jimmie Walker, mostly remembered for the catchprase “Dy-no-mite!” on the sitcom Good Times, is promoting a memoir. In his CNN interview, he says he’s morally opposed to marriage equality.

“In 100 years from now, people are going to go, ‘Who was against gay marriage?’ And I’ll be one of those idiots and say, ‘That’s me.’ I’m just against it on moral grounds, that’s it. I’m as much a heathen as anybody. I just don’t believe on moral grounds it should be done. I don’t like it, I don’t accept it.”