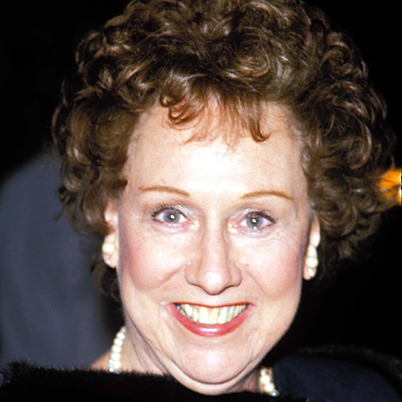 Jean Stapleton, who played Archie Bunker’s long-suffering wife Edith in the long-running 1970s television series “All in the Family,” died Friday at her New York City home. She was 90.
Stapleton died of natural causes, her family announced Saturday.
She had been a veteran of stage, film and television when she was cast in the CBS sitcom opposite Carroll O’Connor’s loud-mouthed, bigoted Archie Bunker, who often addressed her as “dingbat.” She won three Emmys for the role.
While her famed “dingbat-ness” was a source of constant comedy on the show, I think it was her quiet, intimate moments when “Edith” questioned life that moved me most.
Even as a young teenager I remember “Edith” becoming close friends with a transgender person/drag performer known as Beverly LaSalle (Lori Shannon) who came into their lives when Archie saved his life when he required CPR, remaining friends with him, despite Archie’s discomfort.  Edith later had a crisis of faith after Beverly’s death protecting Mike from muggers.
In the episode “Cousin Liz” (in which the Bunkers learn that her recently deceased cousin Liz was a lesbian with a life-partner, Veronica), Edith is at first shocked at the revelation, but quickly throws her arms around Veronica and warmly accepts her as Liz’s “true next-of-kin”, giving her the tea-set Liz’s spouse would have legally inherited. Edith was extremely popular because she was easily the sweetest character on the show, unconditionally loving everyone she knew and also managing to keep high spirits even when she faced tragedy.
(via Chicago Tribune) and (Wikipedia)