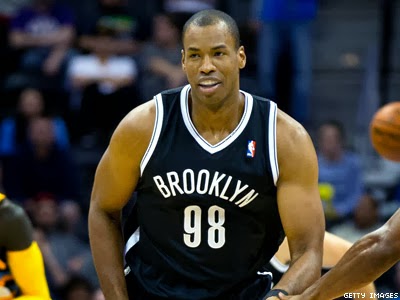 After thirteen seasons in the NBA – his last as an openly gay player for the Brooklyn Nets – retired basketball pro Jason Collins has signed on with Yahoo Sports for NBA and NCAA basketball analysis.

At Yahoo Sports, we’re always look to guide our readers to the best, most relevant, original content we can. And today I’m happy to welcome the latest addition to our lineup, former NBA player Jason Collins. Jason will provide original video programming for the Yahoo Sports studio including basketball analysis for both the upcoming men’s NCAA basketball tournament and the NBA.

Jason played 13 seasons in the NBA. During his career, he competed at center and power forward for six franchises: the Brooklyn Nets and New Jersey Nets, Washington Wizards, Boston Celtics, Atlanta Hawks, Minnesota Timberwolves and Memphis Grizzlies. Jason was an All-American at Stanford University and played in the Final Four his freshman year.