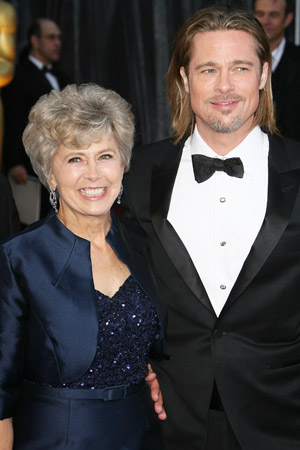 “I think any Christian should spend much time in prayer before refusing to vote for a family man with high morals, business experience, who is against abortion, and shares Christian conviction concerning homosexuality just because he is a Mormon. Any Christian who does not vote or writes in a name is casting a vote for Romney’s opponent, Barack Hussein Obama — a man who sat in Jeremiah Wright’s church for years, did not hold a public ceremony to mark the National Day of Prayer, and is a liberal who supports the killing of unborn babies and same-sex marriage.” – Jane Pitt, mother of Brad Pitt, in a letter published by the Springfield, Missouri News-Leader. Jane’s son, Brad Pitt is a staunch supporter of LGBT rights.

NOTE: Many thought that the letter was a hoax, but the paper later posted a note confirming that Pitt’s mom penned it: “To clear up earlier confusion, the News-Leader has verified the letter writer is the mother of actor Brad Pitt and local businessman Doug Pitt.”