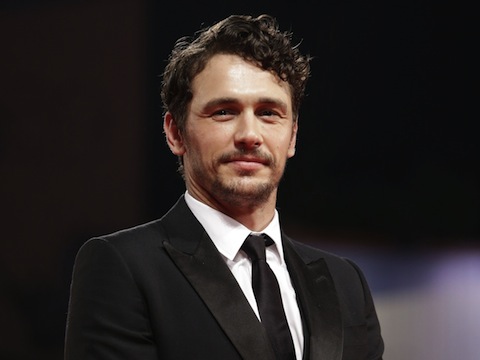 In a new interview in The Daily Beast, James Franco says based on his career and choice of roles, it’s not surprising that many people think he’s gay. And he’s good with that:

Daily Beast: With the gay jokes, it seems like when an actor plays a gay character convincingly onscreen, whether it’s you in Milk or whomever, gay rumors seem to sprout up about that actor. And, of course, there were a lot of gay jokes directed at you during the Roast, as well as in This Is the End.

Franco: There’s two sides to what happened in the Roast. If that’s what they were going to make fun of me for, I was like, “Great! Bring on the gay jokes!” because these aren’t insults at all. I don’t even care if people think I’m gay, so it was like, “Awesome!” I mean, I wish I was…I wish I was gay.

Franco: I mean… we don’t have to go into it. But as far as that larger phenomenon that you’re talking about that happens to other actors, part of it is that movies are a place where people can project things and identify with characters, and it’s the same thing with actors outside of their roles—and it’s been that way since Hollywood was around. That’s why there’s a lot of conjecture. That’s been one of my things, too. My relationship with my public image over the past four or five years has just become weirder and weirder, because I look at it and it’s me, and it’s not me, so if other people want to use that for their own purposes or needs, I’m fine with it.

Franco is currently at the Toronto International Film Festival to unveil his latest directorial effort, an adaptation of the Cormac McCarthy novel Child of God.