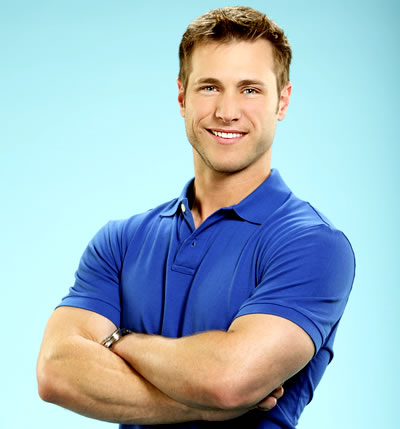 Chippendales, the ultimate Las Vegas “Girls Night Out,” is about to get even hotter when reality show star, Jake Pavelka (ABC’s “The Bachelor” and “Dancing with the Stars,”) takes the stage as the celebrity guest host for a Spring residency (February 23rd – March 18th, Thursdays through Sundays).

During his limited engagement at Chippendales, Pavelka will use his charm, sex appeal and hosting skills to keep the women entertained while leaving the dancing to the men of Chippendales.

Pavelka will be joining an exclusive roster of guest hosts at Chippendales including Ronnie Magro of “Jersey Shore” and Jeff Timmons of the platinum-selling group 98 Degrees.

The addition of Pavelka, who is still touted as one of America’s most eligible bachelors, will add to the four-week long frenzy as Chippendales celebrates its 10th Anniversary at the Rio All-Suite Hotel and Casino as the venue’s resident “Diamonds in the Buff” (on Friday, February 24th) with nearly 4,000 performances.

Even though Jake won’t be dancing at Chippendales, we all remember he does has a great body and some sexy moves. Check out his “Risky Business” routine from “Dancing With The Stars.”  (Coincidentally, Chippendales currently has their own “Risky Business” number.  Maybe Jake might join in one night if they crowd gets wild enough?)