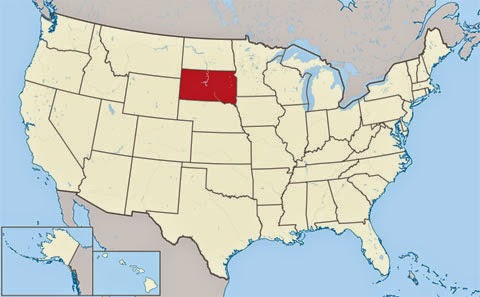 Nancy and Jennie Rosenbrahn of Rapid City are among the couples who filed the lawsuit in the U.S. District Court in Sioux Falls Thursday. The two married in Minnesota in April.

“I think what matters is that we’re all sending a message to either the Supreme Court or the legislators in Washington, D.C., that this has got to stop,” Nancy Rosenbrahn said Wednesday, reports the Associated Press.

The South Dakota legislature passed a law barring gay and lesbian couples from marrying in 1996, and voters across the state approved a constitutional amendment to that effect in 2006. The state attorney general, Marty Jackley, said it is his responsibility to defend the law, according to the Sioux Falls Argus Leader.

“If there is going to be a change, then that change should come from the voters of South Dakota at the ballot box,” he said.

North Dakota is now the only state in the US which outlaws same-sex marriage with no legal challenge.