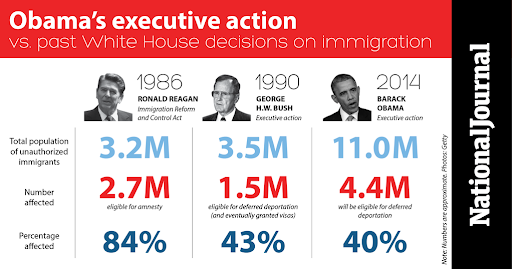 National Journal explains the history of immigration reform and shows that President Obama’s executive action is nothing out of the ordinary for presidents of both parties for decades:

Advocates say the president isn’t doing as much as he is legally capable of to help unauthorized immigrants, but they acknowledge that even though his executive order isn’t everything they want, it is carefully crafted to stay consistent with past White House practices.&nbsp

That won’t stop critics from blasting Obama’s actions, but it gives him a solid rebuttal.;