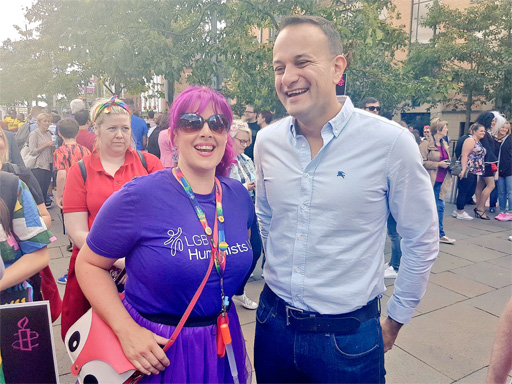 Newly-elected Prime Minister of Ireland, Leo Varadkar, told folks attending a Pride Breakfast in Belfast that marriage equality is “only a matter of time” in Northern Ireland.

The Prime Minister, Ireland’s first openly gay leader, is taking part in Belfast Pride as “a gesture of solidarity.”

Mr. Varadkar assured crowds in Belfast that he was not “here to unsettle anyone.”

“But I am here to state my support and my government’s support for equality before the law and individual freedom for all citizens wherever they may reside,” he said.

Let’s hope it’s not much longer till we can paint this whole map pink! #BelfastPride pic.twitter.com/hcLkmeFIGT

Irish PM at #belfastpride says he’s there to express support for equality for all citizens but not seeking to ‘unsettle’ anyone pic.twitter.com/LlVu1shRrf