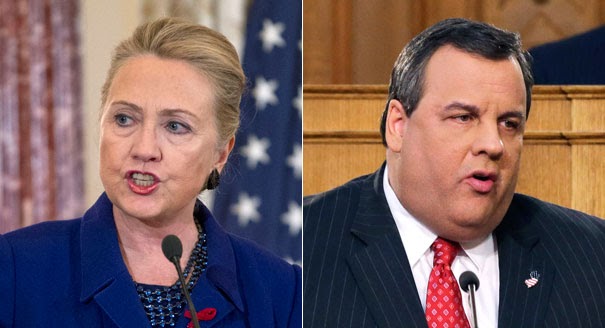 A new survey shows Hillary Clinton and Chris Christie virtually tied in Iowa as opponents in a hypothetical 2016 presidential run:

Clinton and Christie are each favored by 41 percent of the Hawkeye State’s voters.

But if Vice President Joe Biden is the Democratic nominee he would get clobbered by Christie, 49 percent to 32 percent, the Quinnipiac University poll showed.

Biden would even lose to Wisconsin’s Republican Gov. Scott Walker, 46 percent to 39 percent, in a state that Democrats took in six of the last seven presidential races.

The poll also revealed an emerging gender gap: Clinton beats Christie among women, 47 to 37 percent. But the New Jersey governor has his own 10-point edge among men, who favor him by 45 to 35 percent.

Christie has a slight 37 to 36 percent edge among independent voters. In contrast, Biden loses the independents to Christie, 52 to 21.