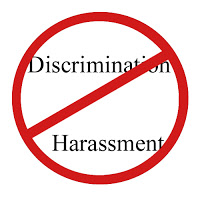 An Iowa gay couple has won a $147K judgment against the management of their apartment complex because they failed to stop harassment by their maintenance man:

Jurors awarded $22,000 in economic damages to Charles Anderson and Brandon Morehead, plus $50,000 for emotional distress and $75,000 in punitive damages, according to a news release issued by the Iowa Civil Rights Commission, which brought filed a lawsuit on the couple’s behalf.

According to the commission, jurors heard testimony that maintenance technician Allen Emert launched repeated harassment and name-calling of the defendants after he learned in March 2011 that they were sharing a one-bedroom apartment.

Two of Emmert’s supervisors at New Life Multi-Family Management LLC failed to stop the daily epithets, which included, among other things, references to the men being “queer” and “pillow biters.”

The judgment was awarded after a four day jury trial.