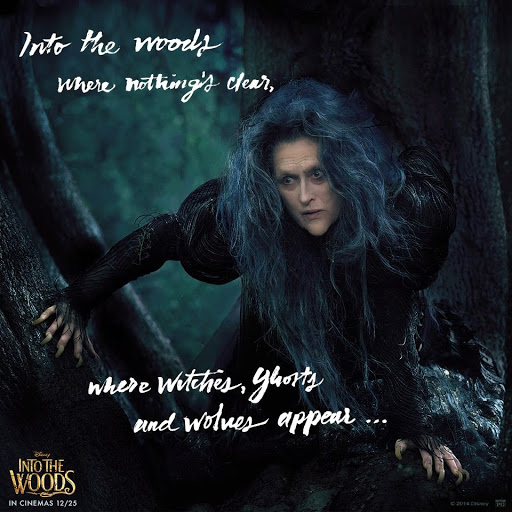 Meryl Streep as the Witch comes crawling out of a dark, foreboding tree with the caption:

“Into the woods, where nothing’s clear, where witches, ghosts and wolves appear,” from the Act One finale, “Ever After”.