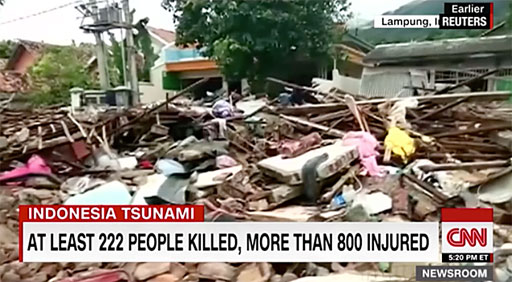 At least 373 people (figure updated since the above report) were killed after a tsunami struck Indonesia over the weekend, and fears are high that more massive waves could be on the way.

That’s because the volcano that triggered the tsunami is still erupting.

Survivors described fleeing for their lives from the wave that crashed — without warning — through beach resorts, homes and businesses. It washed away a pop band that was performing near the beach.

Hundreds were injured and more than two dozen people are missing.