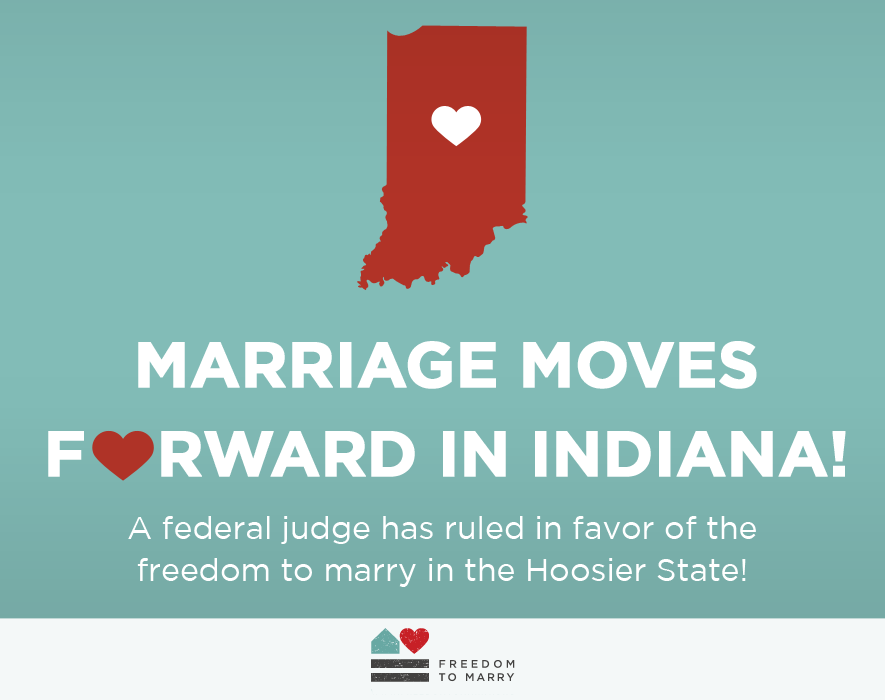 Lambda Legal challenged the law on behalf of five couples seeking the freedom to marry in Indiana or recognition of a marriage from another state.

The court has never witnessed a phenomenon throughout the federal court system as is presented with this issue. In less than a year, every federal district court to consider the issue has reached the same conclusion in thoughtful and thorough opinions – laws prohibiting the celebration and recognition of same-sex marriages are unconstitutional.

It is clear that the fundamental right to marry shall not be deprived to some individuals based solely on the person they choose to love.

In time, Americans will look at the marriage of couples such as Plaintiffs, and refer to it simply as a marriage – not a same-sex marriage.

These couples, when gender and sexual orientation are taken away, are in all respects like the family down the street. The Constitution demands that we treat them as such.