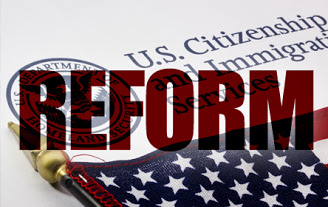 Thanks to an agreement drafted by Republican Sens. Bob Corker of Tennessee and John Hoeven of North Dakota, immigration reform may pass in the US Senate with up to 70 votes.

Reports say as many as 15 senators who were “undecided” may vote for the bill now that the Corker/Hoeven agreement would require 5 “triggers” to take place before undocumented immigrants could receive green cards.

Those five conditions are:

• get a comprehensive border security plan in place
• hire an additional 20,000 border patrol agents
• complete a 700-mile fence along the border
• get an E-Verify system up and running
• create an electronic entry-exit system at air and sea ports of entry

The additional investments along the United States-Mexico border are expected to cost north of $30 billion, but the savings identified by the Congressional Budget Office this week would pay for the new security plan.

The CBO estimates that the current Gang of Eight bill will cut the deficit nearly $900 billion over 20 years.