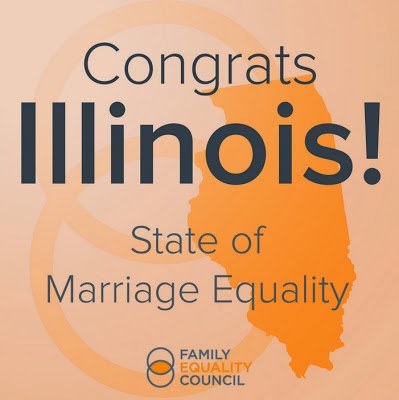 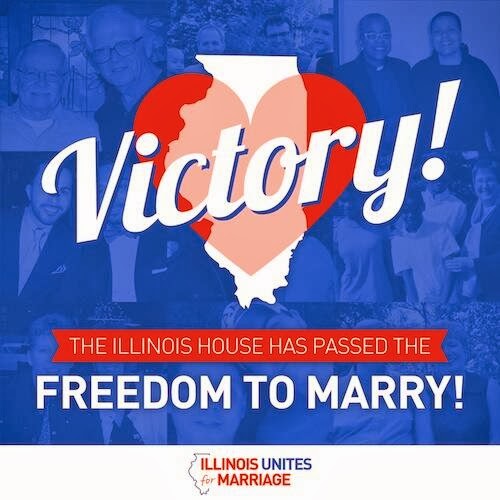 The Illinois House of Representatives finally took up marriage equality today and passed the bill 61-53.

Rep. Greg Harris, the chief sponsor of the marriage equality bill in the House, amended its language to change the date the legislation would go into effect, and to reiterate exemptions for private clubs that do not want to host marriages for same-sex couples. As a result, the Senate will have to approve the bill one final time, which they are prepared to do before the evening is over.

The law will then take effect June 1, 2014. Illinois will be the 15th state to legalize marriage for same-sex couples.  Hawaii could beat Illinois to the “alter” should that state’s bill pass this week.

Happy Dances for everyone!