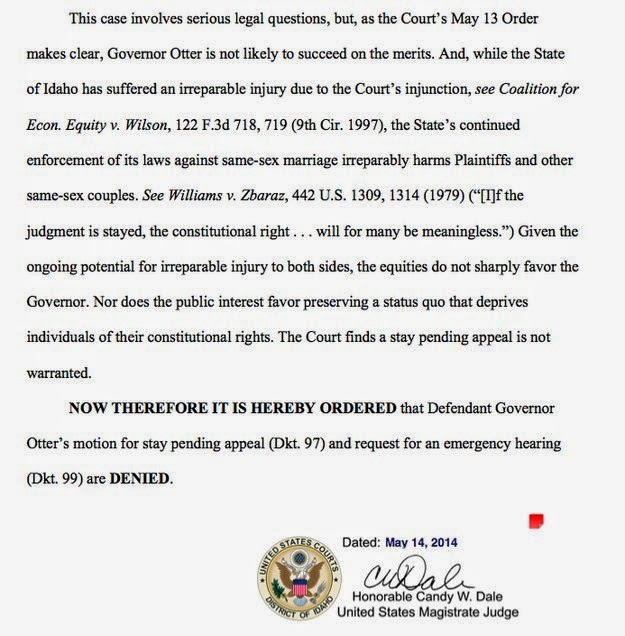 After yesterday’s ruling from Judge Candy Dale in Idaho overturning the state’s ban on same-sex marriage, Gov. Butch Otter requested the judge put a stay on the ruling while the state appeals the decision.

“The State’s continued enforcement of its laws against same-sex marriage irreparably harms Plaintiffs and other same-sex couples.

“Given the ongoing potential for irreparable injury to both sides, the equities do not sharply favor the Governor.  Nor does the public interet favor preserving a status quo that deprives individuals of their constitutional rights.

“The Court finds a stay pending appeal is not warranted.”

The original court ruling is scheduled to go into effect Friday morning at 9am. Expect the Governor & company to head over to the Ninth Circuit Appeals Court with another request for stay.