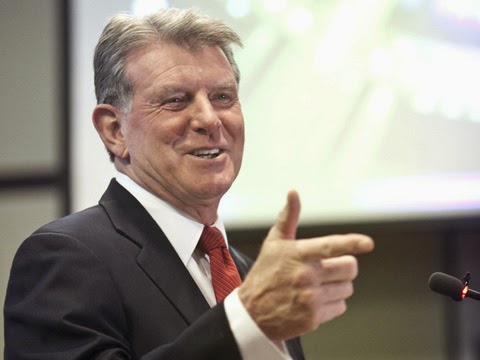 Gov. Butch Otter of Idaho has filed a request with the Ninth Circuit Appeals Court to hear his state’s appeal regarding the recent same-sex marriage ban’s repeal to be heard by a full 11-judge panel instead of the usual 3-judge panel.

U.S. Magistrate Judge Candy Dale last month overturned Idaho’s constitutional ban on same-sex marriage, saying it violated the U.S. Constitution’s guarantees of equal protection and due process; four Idaho couples had sued, saying their constitutional rights were violated by the state not allowing them to marry or not recognizing their legal marriages from other states.

The appeal was immediately filed with the Ninth Circuit Court when the initial ruling was issued. However, it is unusual to go directly to a full “en banc” hearing. Normally, an appeal works it’s way through a 3-judge panel, and then to “en banc” as an appeal or directly to the US Supreme Court.

The Ninth Circuit Court has ordered that the case be handled swiftly,
with briefing over the summer and arguments in the second week of
September.