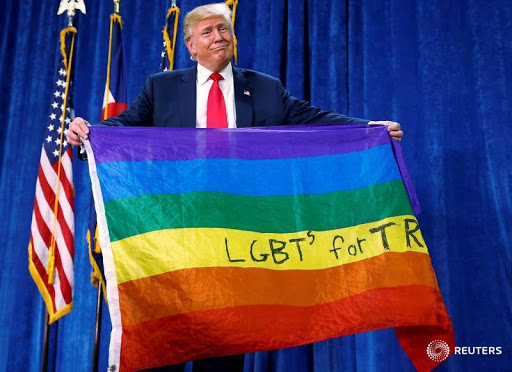 Campaigning in Colorado for two days, Republican Donald Trump took to the stage at a rally carrying an upside-down LGBT flag with the poorly written type, “LGBTs for TRUMP.”

While he has often said on the campaign trail he would be better for “the gays” than Hillary Clinton, he has also made it clear he would nominate Supreme Court justices who would overturn the right of same-sex couples to marry.

He would also legalize the right of businesses to discriminate against LGBTs.

The look on his face says it all.