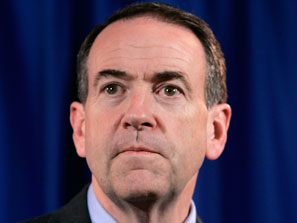 Mike Huckabee and I actually agree on something.

In an appearance on Fox News this afternoon, the former Governor urged his fellow Republicans to make the deal on budget cuts, drop the social issues riders and move on.

The former Arkansas governor replied, quoting The Rolling Stones, “you can’t always get what you want. The reality of governing is, you get what you can and then you fight for what you want the next day. But if you battle everything on one moment and forget that [governing] is a process and it’s not a single event then you end up with a philosophy [of] ‘I want it all or I want nothing, I want it now or I want it never.’ You end up getting nothing, and you get it forever.”

I couldn’t agree more. Dragging Planned Parenthood, which spends 97% of it’s budget on preventive measures, into a budget fight makes no sense. This is surely not the hill to die on. Planned Parenthood helps millions every year with cancer screenings, birth control (which helps avoid unwanted pregnancies – duh!), HIV screenings, and a host of other services. No money is used to provide abortions – it’s illegal already due to the Hyde Amendment.

So come on Republicans. You got the spending cuts you wanted. Agree to it and move on. Otherwise, among a lot of things, our military won’t get paid and that would be a serious, serious mistake.