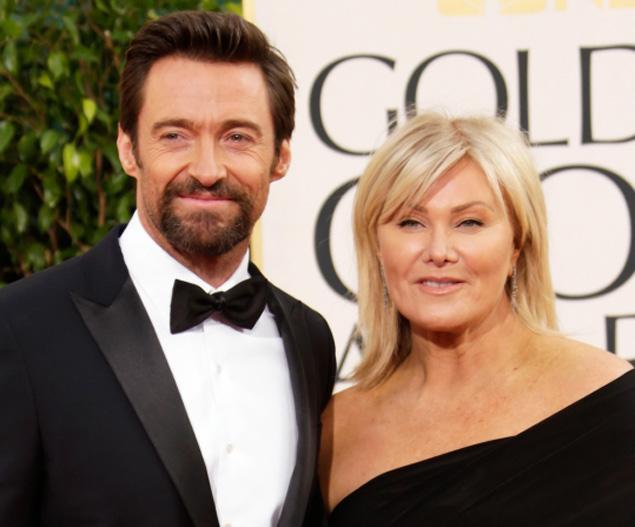 So shut up already, guys.

She called the persistent gay rumors “frustrating” before her husband chipped in, telling cameras that “If I was [gay], I would be.”

“It’s just offensive,” she continued. “If he was gay, fine, he would say he’s gay. It has gotten so out of whack … it’s stupid, yeah, it’s annoying, because it’s not true.”

I think the gays just keep holding out hope because he’s talented, well-liked and um, LOOK at him. I don’t think the “rumors” are malicious.

In February the actor told The Hollywood Reporter
the speculation “bugs” his wife and he revealed she has a hard time
ignoring whispers about his alleged homosexuality. “She goes: ‘It’s big.
It’s everywhere!'”

But clearly the wife is done with it.