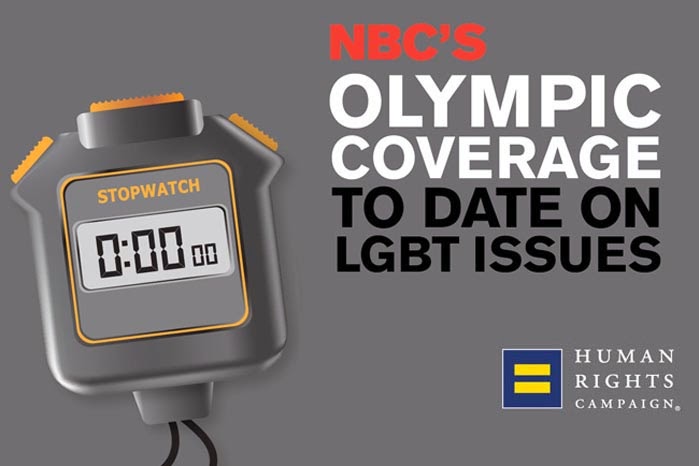 The Human Rights Campaign has announced it will issue reports of NBC’s coverage of the Sochi Olympics and how much time is spent covering the anti-LGBT activity in Russia during the games.

Over the course of the seventeen-day event, it is expected that the station, which has exclusive rights to air the events, will air about 1,500 hours of Olympics-related coverage; HRC plans to report daily on the time spent discussing Russia’s social and legal homophobia at HRC.org/Russia.

Shortly after Russia enacted its controversial anti-gay laws in the summer of 2013, HRC President Chad Griffin wrote to NBCUniversal, asking the station to take advantage of the opportunity to expose the situation created by Russia’s homophobic laws.

In January 2014, the Olympics executive producer of NBC, Jim Bell, told press, “We’re not there to poke a sharp stick in anybody’s eye, but we’re not going to shy away from reporting anything either.” HRC also reported that other networks have announced their intent to air segments about the current plight of the Russian LGBT community.