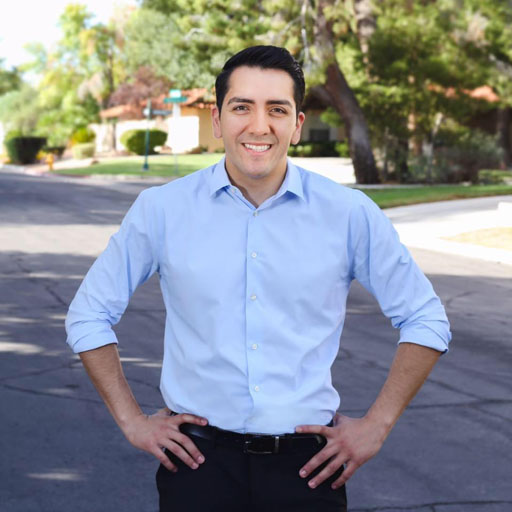 The Human Rights Campaign has endorsed Assemblyman Nelson Araujo (D-Las Vegas) for Nevada Secretary of State. This endorsement is the organization’s first ever for a secretary of state race.

If elected, Araujo would become the first LGBTQ person elected to statewide office.

“Millions of Americans–including LGBTQ people of color and transgender Americans–are more vulnerable to discrimination at the ballot box than ever before,” said HRC Nevada State Manager Briana Escamilla. “Nevadans can trust they have a proven champion of fairness and justice in Nelson Araujo and HRC is proud to endorse his candidacy for Secretary of State. We look forward to Assemblyman Araujo making history in November as the first openly LGBTQ person elected to statewide office in the Silver State.”

“The Human Rights Campaign has been an incredible force in the fight for equality in America. As a member of the LGBTQ community who has been working diligently to advance pro-LGBTQ policies in Nevada, this endorsement is personal. As Secretary of State, I will do all I can to ensure that we develop a more diverse, inclusive Nevada that works for everyone,” said Araujo.

Araujo has been a member of the Nevada State Assembly for two terms, serving as Assistant Majority Floor Leader in the most recent legislative session. Throughout his time in the State Legislature, he has consistently led the fight on LGBTQ equality, and was instrumental in last year’s push for a statewide ban on so-called “conversion therapy” for minors. He was also political co-chair of the HRC Las Vegas steering committee from 2011 to 2014. If elected, Araujo would be the first Latinx Secretary of State in Nevada and the first openly LGBTQ person elected to statewide office in Nevada.

He will be facing incumbent Secretary of State Barbara Cegavske, who is seeking a second term. During her time as a state legislator prior to becoming Secretary of State, Cegavske opposed marriage equality and was the lead sponsor of a bill that would have allowed discrimination against LGBTQ people in housing and public accommodations.

Araujo is a native Nevadan born and raised in Las Vegas. He received both his bachelor’s degree in communication studies and a master’s degree in public administration from the University of Nevada, Las Vegas.

In the 2017 session, all seven of the priority bills Nelson authored were passed by a Democratic legislature with bipartisan support and signed into law by a Republican governor.

So this is a guy who works well with others to get things done.