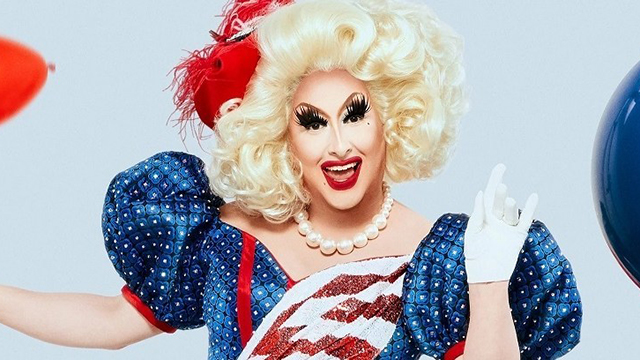 And the scandal that is Sherry Pie continues to unwind.

After Mickey’s exclusive interview with the initial accuser, actor Ben Shimkus, several more aspiring actors chimed in alleging that Gugliemelli had “connected them” with a “casting director” named ‘Alison Mossey’ who requested sexually charged audition videos in order to be considered for a role in a new play at the prestigious Playwrights Horizon theater company in New York City.

As you may know, it eventually led to the revelation that Gugliemelli was the faux casting director.

Just hours before Sherry Pie’s debut on RPDR a week ago, Gugliemelli issued an “apology” via social media saying he was “horribly embarrassed” and “disgusted” with himself for what he had done, and blamed the behavior on mental health issues.

Shortly before airtime, the producers at RPDR announced that, in light of recent revelations, Sherry Pie had been disqualified from the competition and would not be participating in the season’s yet-to-be filmed finale.

Statement from VH1 and World of Wonder

That said, out of respect for the work already filmed by the other contestants, the season would air. But it’s clear from watching Sherry Pie’s two episodes thus far that the powers that be are minimizing screen time for the drag queen via editing by keeping confessional moments and camera time to a minimum.

Shimkus went public with his allegations upon hearing that Sherry Pie apparently does very well in the new season and may reach the top four in the competition wherein she would compete in the grand finale where the season’s winner will be crowned.

For example, Sherry Pie won the most recent episode thanks to her improv abilities. And for the win, she was awarded $5,000 in cash.

But in a disclaimer at the end of the show, it was announced that VH1 and World of Wonder had $5,000 was donated to The Trevor Project, the nation’s leading organization for providing suicide prevention services to LGBTQ young people.

It’s unclear if that was Sherry Pie’s prize money or an additional amount donated to TTP. 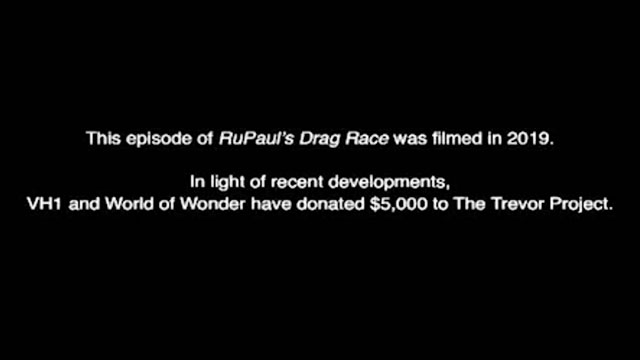