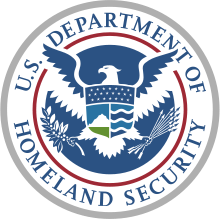 And it would seem the game playing with the security of the United States is over.

According to NBC News, the House of Representative has passed a bill to fund the Department of Homeland Security by a vote of 257-167.

In a 257 to 167 vote, the House passed a “clean” Homeland Security funding bill on Tuesday without provisions that would curtail the president’s executive orders on immigration. The Senate passed the legislation last week and the president’s signature is certain.

Funding for Homeland Security, which was set to run out midnight on Friday, will now go through Sept. 30 of this year.

The vote is a blow to conservatives in the House who fought to use the spending measure as a way to force the president to roll back his orders aimed at allowing millions of undocumented immigrants the chance to stay in the U.S. legally. Conservatives contend that the orders are unconstitutional and all 1of the 67 no votes came from Republicans.

But Senate Democrats blocked legislation that included language on immigration, and some Republicans publicly acknowledged they would be the party that would get blamed if the agency shut down.

Boehner announced in a closed-door meeting of Republican members on Tuesday morning that the House would vote on the year-long funding bill.