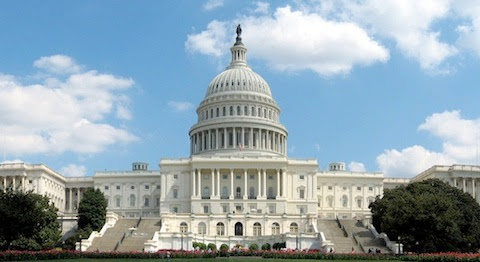 Before heading off into their 5 week summer vacay, House Republicans took another run – the 40th – at “repealing” ObamaCare. And just as before, the vote accomplished nothing but to waste the people’s time.

The Keep the IRS Off Your Health Care Act of 2013, sponsored by Rep. Tom Price (R-Ga.), would block the Internal Revenue Service from enforcing or implementing any portion of President Barack Obama’s signature health care reform law. It passed 232 to 185, with all Republicans voting for it and four Democrats -– Reps. John Barrow (Ga.), Jim Matheson (Utah), Mike McIntyre (N.C.) and Collin Peterson (Minn.) — siding with them. Six Republicans didn’t vote.

Democrats railed against their Republican colleagues on the House floor for spending valuable time on the vote.

“They have one alternative to Obamacare. It’s called NothingCare,” added Rep. Lloyd Doggett (D-Texas). Rep. Mike Thompson (D-Calif.) chimed in that the American public has “seen this movie before.”

Considering Republicans said they wanted to focus on “jobs, jobs, jobs” when they took control of the House, it makes you wonder why they’ve spent so much time voting on repealing a law that has no chance of being repealed. Senate Majority leader Harry Reid has stated that the bill will not be brought up in the Senate.

The law is already doing good things for Americans including helping young people stay on their parents insurance longer as they get on their feet; keeping folks from being dropped from their insurance due to pre-existing conditions; and helping to lower insurance rates in many states.