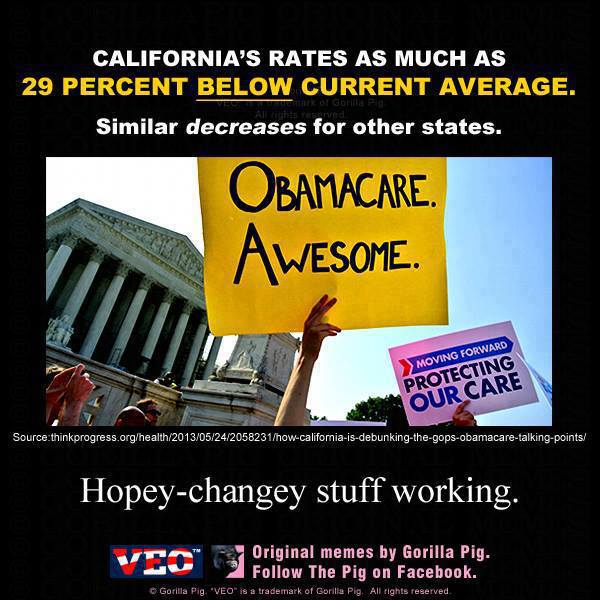 Covered California, the agency tasked with constructing and maintaining the Golden State’s insurance marketplace, announced in a press release that rates submitted by 13 insurers for the 2014 individual marketplace ranged from a stunning 29 percent below the current average premium for small business health plans to only two percent above them.

For Californians who will gain coverage in the marketplace, that means
affordable health plans with a minimum base of ten “essential health
benefits,” including prescription drug services, mental health care, and
maternity services.

And the announced rates are even better for
consumers considering that they don’t take Obamacare’s federal insurance
subsidies into account. Depending on income, the average middle-aged
Californian would pay anywhere from $40 to $300 per month
for a mid-level “Silver” health plan on the marketplace.

Younger,
healthier Americans looking to buy bare-bones “Bronze” health plans
would end up paying less than $170 per month — or even nothing at all —
if they make less money and receive federal Obamacare subsidies.