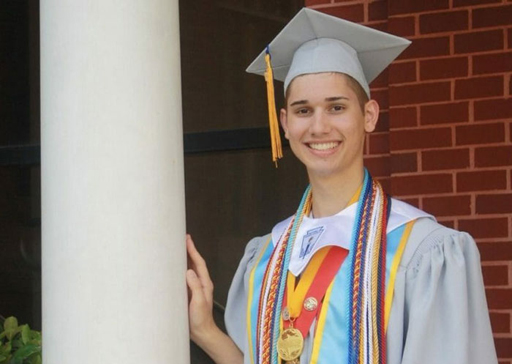 Seth Owen, a high school valedictorian from Florida whose parents ostracized him because of his sexuality, has reportedly been offered a full-ride scholarship to attend Georgetown University in the fall. Owen, who graduated from First Coast High School in Jacksonville with a 4.16 GPA, captured headlines late last month after one of his teachers set up a fundraising page to raise money for his first year’s tuition at Georgetown.

“While the campaign has been ongoing, the professionals at the Office of Student Financial Services have continued to work with me to make my dream a reality,” Owen said on Friday in a statement sent to NBC News. “Due to their efforts and attention, they were able to adjust my aid package even further, my expected contribution is now $0. With these new adjustments, I will be able to attend Georgetown University this fall.”

Seth says he’s going to set up a scholarship fund for LGBTQ students “who find themselves in the circumstance I was in earlier this year.”