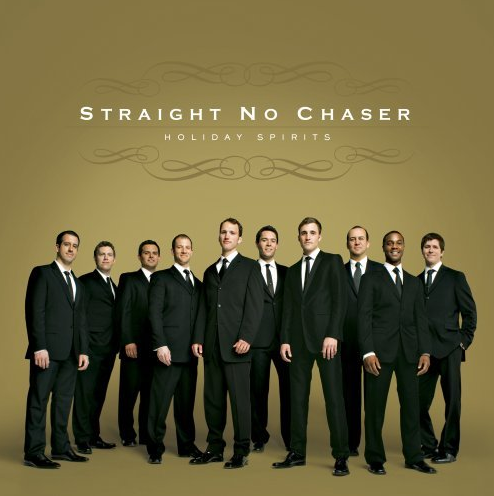 Love these guys and their music.  Long before GLEE introduced the world to the “Warblers” – we had Straight No Chaser.

If the phrase “male a cappella group” conjures up an image of students in blue blazers, ties, and khakis singing traditional college songs on ivied campuses… think again. Straight No Chaser (SNC) are neither strait-laced nor straight-faced, but neither are they vaudeville-style kitsch. As original member Randy Stine comments, “We take the music very seriously; we just don’t take ourselves too seriously.” In the process, they are reinventing the idea of a cappella on the modern pop landscape.

The group originally came together in the fall of 1996 at IU, basically as “10 guys who happened to be good friends who also liked to sing.” Choosing the members carefully for personality as well as vocal talent — Stine, Mechling, Jerome Collins, David Roberts and Walter Chase remain from the original lineup — SNC set itself apart from other a cappella groups with its contemporary repertoire and dynamic approach, quickly headlining concerts both in Bloomington and on road dates.

They have a great sound AND a sense of humor that really entertains – see their live version of “The 12 Days of Christmas” below – viewed over 13 million times on youtube.

Check out their CDs here.