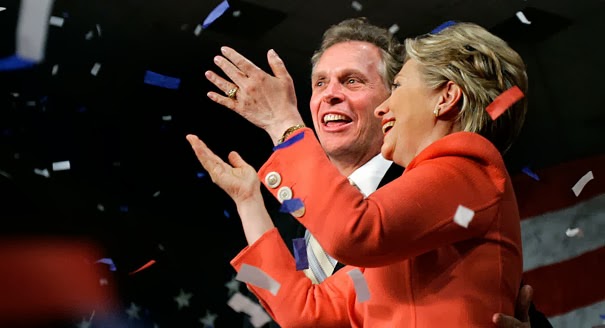 Hillary Rodham Clinton has joined Democrat Terry McAuliffe on the
campaign trail, telling Virginia voters the nation is looking for a
return to “common sense and common ground.”

The former secretary of state says voters are watching the race for a
sign that the country would turn away from “divisive politics” after
the government shutdown.

Clinton has largely avoided politics this year but is helping
McAuliffe as well as former campaign aide Bill de Blasio in his bid for
New York City mayor.

Democrats consider Clinton a leading candidate for the White House if she decides to run in 2016.