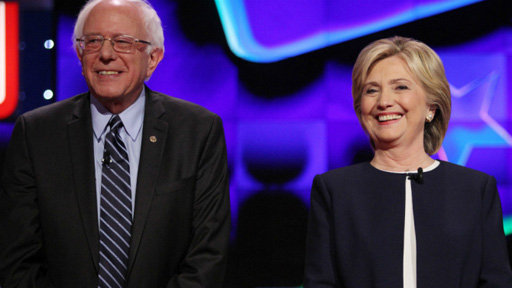 Former Secretary of State Hillary Clinton has won the Guam Democratic caucuses over Sen. Bernie Sanders by a margin of 60% – 40%.

Guam’s seven pledged delegates will be split 4 for Clinton, and 3 for Sanders. Additionally, all five of Guam’s superdelegates have now announced their support for Clinton.

Counting superdelegates, Clinton has amassed just over 93 percent of the necessary total to clinch the Democratic nomination, according to ABC News projections. To get to the magic number of 2,383, the former secretary of state needs to win 16 percent of all remaining delegates and 73 percent of pledged delegates.

Meanwhile, Vermont Sen. Bernie Sanders needs to win 97 percent of all remaining delegates. He cannot reach 2,383 on pledged delegates alone; to win the Democratic nomination, he would need the support of the superdelegates.

The next Democratic contest comes Tuesday where Sanders is expected to win. Real Clear Politics shows the Vermont senator leading by an average of 6 points.