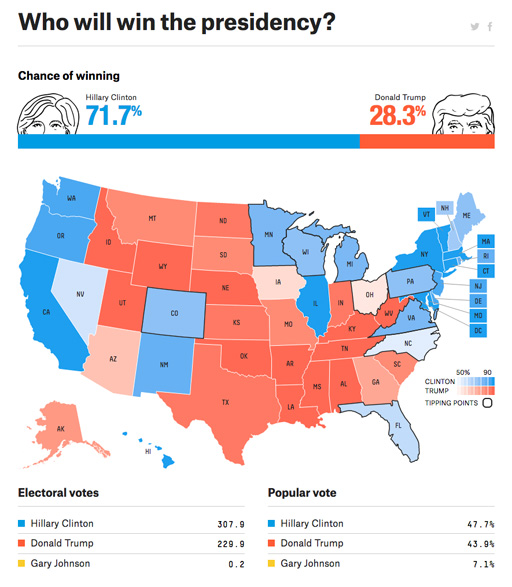 The latest from super-stats guy, Nate Silver at  FiveThirtyEight.com.

Hillary back over 71% probability of winning the race for the White House.

Notable changes in the forecast include Florida, Nevada and North Carolina swinging into the Blue column.

This is only a snapshot of today’s polls, but good news all the same.