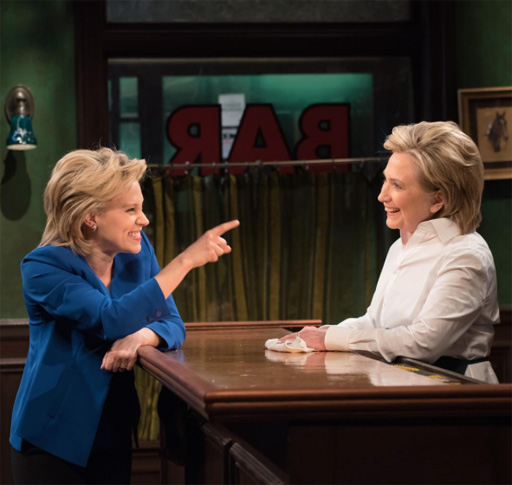 The segment did exactly what those close to Clinton have been encouraging her to do to appear more personable: use her self-deprecating sense of humor she’s famous for to help boost sagging poll numbers. The two even mocked some of Clinton’s slow-to-act positions such as her opposition to the Keystone XL Pipeline and support of gay marriage. “I could have supported it sooner,” fake Clinton said. “Well, you supported it pretty soon,” real Clinton said. “Yeah… coulda been sooner” said fake Clinton.

The most hilarious moment came when old SNL cast member Darrell Hammond appeared to do his Bill Clinton impression, took one look at the two HRC’s and screamed “Oh my God! They’re multiplying!” before running out of the fake Brooklyn bar.