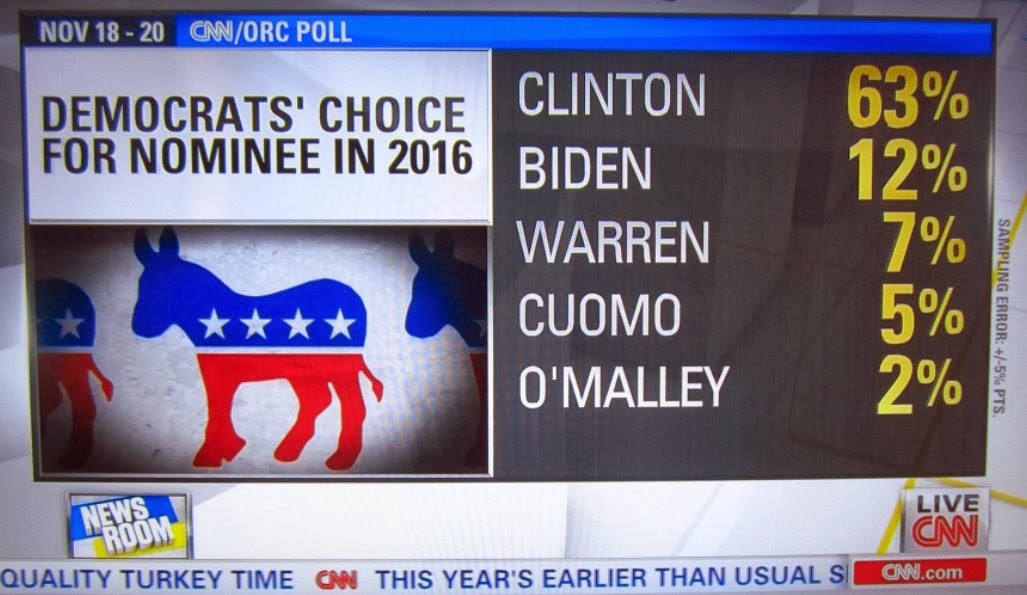 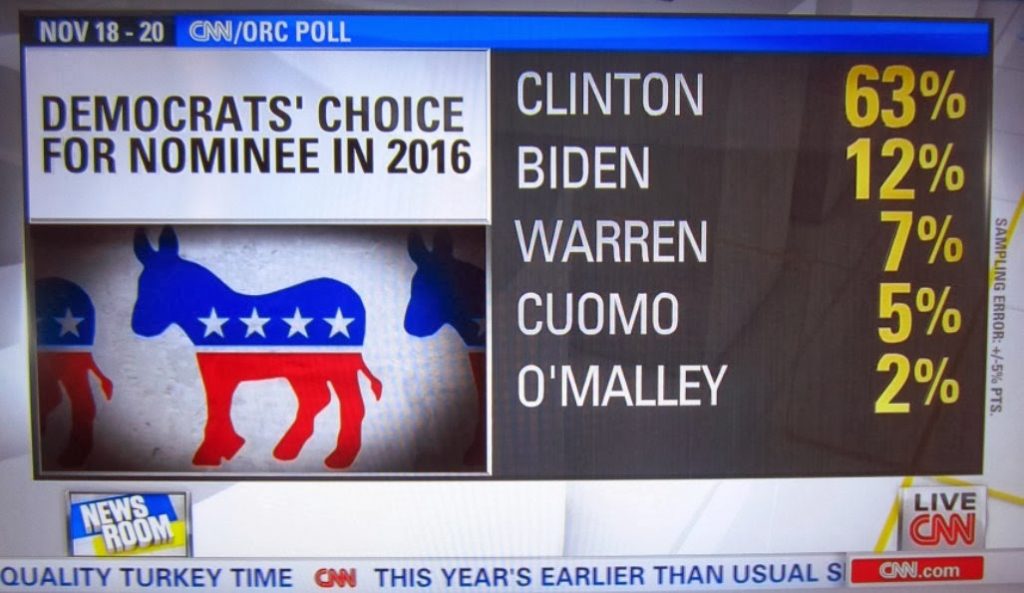 Good news for my girl Hillary.  Huge numbers on her side in a recent CNN poll for Democratic nominee for President in 2016.
Interestingly, in the same poll, Gov. Chris Christie tops the GOP side, but not nearly by the same margin as Hillary on the Dem side.  Christie gets 24% over Sen. Rand Paul’s 13%.
Big enthusiasm gap compared to Hillary’s margin over Vice-President Biden’s 52 point deficit.
Does that mean Dems are more united already around a candidate?
AND – will Hillary run?