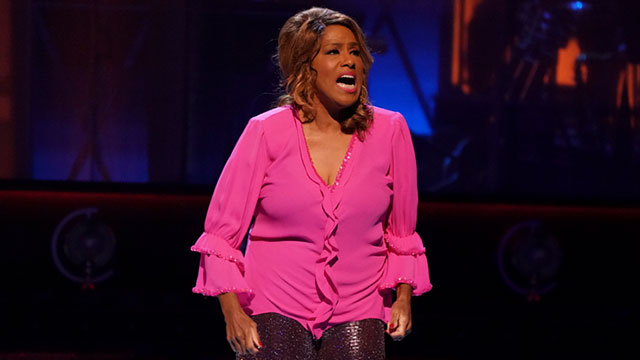 The Tony Awards, celebrating the best of Broadway, returned last night after a two and a half year absence due to the COVID-19 pandemic.

I just want to share some of the fantastic performances from the night, plus a few thoughts:

As I’ve noted before, I was able to see the deeply moving production before Broadway shut down for 18 months and I adored it.

This was the only musical I was able to see prior to the curtain coming down on Broadway, but I think it brings a lot of the energy and spirit of the celebrated film by Baz Luhrmann. My only quibble was the lack of chemistry between Tveit and his leading lady, Karen Olivo, who has since departed the production.

The celebration was split into two parts: a two-hour handing out of most of the awards on Paramount+ followed by a two-hour celebration of Broadway with presentations of the three Best Musical nominees as well as bringing back past magical moments from the Great White Way.

What it all boils down to is that that @jaggedmusical performance ROCKED. 🎸 🤘

Isn't it ironic? Not according to our high school English teacher, but we're still HERE FOR IT. #TonyAwards pic.twitter.com/h6nJXQtDwO

Perhaps the most ferocious moment of the night was when Tony Award winner Jennifer Holliday (for Dreamgirls 40 years ago) returned to deliver her scorched earth Act One finale, “And I Am Telling You I’m Not Going.”

Even past the wild standing ovation, the next three winners all referenced Holliday’s amazing performance.

What could be more magical than the two original witches from Wicked – Kristen Chenoweth and Idina Menzel – reteaming in a gorgeous “For Good.”

Andrew Rannells and Titus Burgess reimagined “It Takes Two” from Into The Woods as a same-sex couple rediscovering their love in the woods.

The cow as white as milk, the cape as red as blood, and @Instatituss & Andrew Rannells singing "It Takes Two" are all we need to survive the woods, and it's not even midnight! #TonyAwards pic.twitter.com/iugZ5nqVpl

And, for once, the In Memoriam tribute lived up to its task.

Brian Stokes Mitchell delivered a soaring “The Impossible Dream” followed by Norm Lewis and Kelli O’Hara performing “Somewhere” to perfection. All while never distracting from saying goodbye to those we lost over the year.

All in all, I thought the evening was a smashing success. You can more video highlights from the night here.