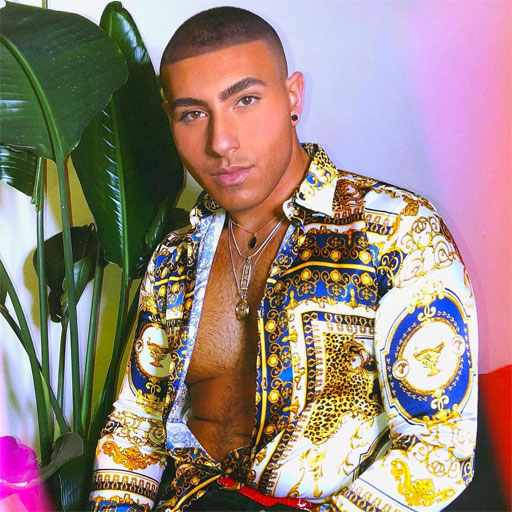 Egyptian/Canadian model and body positive activist Mina Gerges shared with his Twitter followers a surprise apology he received from his high school bully.

The screen capture of the message read, “Hey man, I just want to apologize for any f*cked up things I said to you or about you in high school. It weighs on me. I hope all is well. Cheers.”

My highschool bully just messaged me to apologize and tbh this is the kind of energy I need in 2019 pic.twitter.com/BKQ5B9Md7Z

Gerges followed up saying he asked the former bully why he was thinking on his actions eight years later.

“He said he felt really bad about it for a while, should’ve been kinder instead, and wished he’d done it sooner,” wrote Gerges. “We love growth!”

Gerges, who has a following of over 110K on Instagram, stepped into the public spotlight in 2015 thanks to his ‘budget conscious’ recreations of celebrity looks. His looks were featured on a host of media outlets including Buzzfeed, Teen Vogue, Paper and more.

View this post on Instagram
I used shredded paper for my hair @beyonce #MinaGerges
A post shared by Mina Gerges (@itsminagerges) on Dec 24, 2014 at 6:42pm PST

With the spotlight, though, came haters who bullied him for his weight, which led to an eating disorder.

Eventually, the trolls inspired Gerges to become an ambassador for body positivity and unrealistic standards of beauty in advertising.

“My goal is to redefine what it means for men to feel beautiful and be considered attractive,” he told Paper. “I want to show that men who look like me can learn to love ourselves even if we don’t look like conventional representations of men.”

From moving past bullies and online trolls to inspiring folks with a message of body positivity. Mina Gerges, I love YOUR kind of growth!

A few years ago, my first serious boyfriend from my 20s emailed me apologizing for the way he treated me. It had been a somewhat tumultuous relationship.

“You didn’t deserve that,” he wrote.

While I felt I’d resolved any issues with the relationship and moved on, I was surprised the message left me a bit breathless.

I didn’t know it until I read the message how much power an apology – years later – could hold.

It was very appreciated.

Readers, have you ever received an apology from the past? If so, did it help heal some old wounds or no? Let me know in the comments below.

View this post on Instagram
Toilet paper was on sale 🙄 tag a messy bitch! #MetGala #MinaGerges #KimKardashian
A post shared by Mina Gerges (@itsminagerges) on May 1, 2017 at 6:15pm PDT

View this post on Instagram
I used all the chargers and headphones in my apartment to make this dress 🤔😂 tag someone who needs a pick-me-up today! 😘 #MinaGerges #NickiMinaj
A post shared by Mina Gerges (@itsminagerges) on Apr 13, 2017 at 4:36pm PDT

View this post on Instagram
So I made this #Beyonce dress out of marshmallows and Fruit Loops 😍👌🏽 Never felt more fierce in my LIFE! 👸🏽 #minagerges
A post shared by Mina Gerges (@itsminagerges) on Nov 4, 2016 at 12:12pm PDT