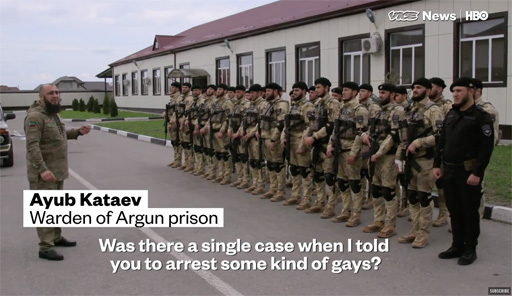 HBO’s Vice News goes inside the prison in Chechnya where gay men were allegedly held, tortured and killed as part of the country’s “anti-gay purge.”

VICE News obtained exclusive access to the now-abandoned buildings where the local prison warden and his officers reportedly beat and tortured men they suspected of being gay. Human Rights Watch has confirmed that this site is at the center of their investigation into homophobic abuse in Chechnya.

Ayub Kataev, prison warden and head of the ministry of internal affairs, initially stuck to the official Chechen response: absolute denial, not only about abuse but even the existence of gay people. “We don’t think these people exist among us,” he told VICE News, accusing those who reported the story of seeking to destabilize Chechnya.

“My officers would not even want to touch such people, if they exist, let alone beating or torturing them.” Kataev continued, accusing both the victims and Human Rights Watch of lying. Kataev suggested that the men making claims of torture were doing so in order “to get asylum, to leave the country and obtain free foreign citizenship.”

At one point, Kataev lines up his officers and asks them, for the cameras, “Was there a single case when I told you to arrest some kind of gays? Have you even heard about them?”

It will not surprise you to learn they all obediently answer, “No.” 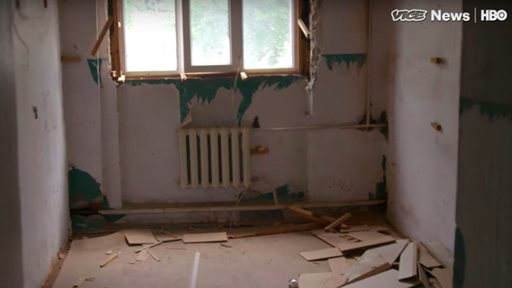