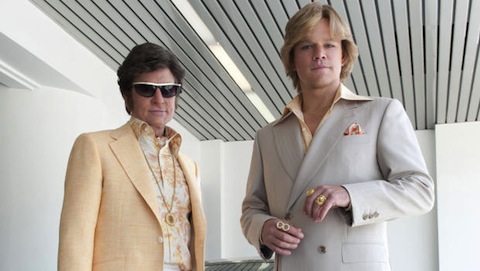 According to EW, HBO had it’s biggest movie debut in almost a decade with Behind the Candelabra this past Sunday night:

The Steven Soderbergh film delivered 2.4 million viewers in its first airing, making it the most-watched HBO Film title in almost a decade (since 2004′s Something the Lord Made).

It’s worth noting that director Steven Soderbergh has said no major studio would make the film as it was perceived to be “too gay.” A $5 million film with Michael Douglas and Matt Damon almost didn’t get made?