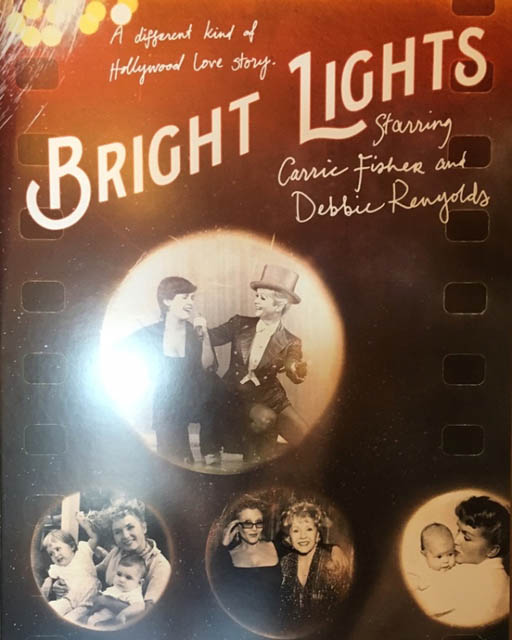 In light of the recent and unexpected deaths of both Carrie Fisher and Debbie Reynolds, the documentary BRIGHT LIGHTS: STARRING CARRIE FISHER AND DEBBIE REYNOLDS will debut SATURDAY, JAN. 7 at 8:00 p.m. (ET/PT), exclusively on HBO.

The story of a family’s complicated love, this documentary is an intimate portrait of Hollywood royalty in all its eccentricity. Carrie Fisher and her mother, Debbie Reynolds, live in the same Beverly Hills compound. The 83-year-old grand dame still has a Las Vegas act, but performing is taking its toll. Carrie’s response is both hilarious and heart-rending. Featuring vintage family films that bring iconic old-world Hollywood to life, as well as extensive vérité footage, the film is directed by Alexis Bloom and Fisher Stevens.

The documentary was well received at several high-end film festivals including the 2016 Cannes Film Festival, the Telluride Film Festival and the New York Film Festival.

Plus, as previously mention here on The Randy Report, HBO will offer an encore presentation of Carrie Fisher’s brilliant 2010 one-woman show, WISHFUL DRINKING, this Sunday at 9:00 p.m. (ET/PT) on HBO.

Fisher’s autobiographical stage performance gets a feature-length adaptation including interviews with friends and family plus archival footage. If you haven’t seen it – hell, even if you have – make sure you tune i.