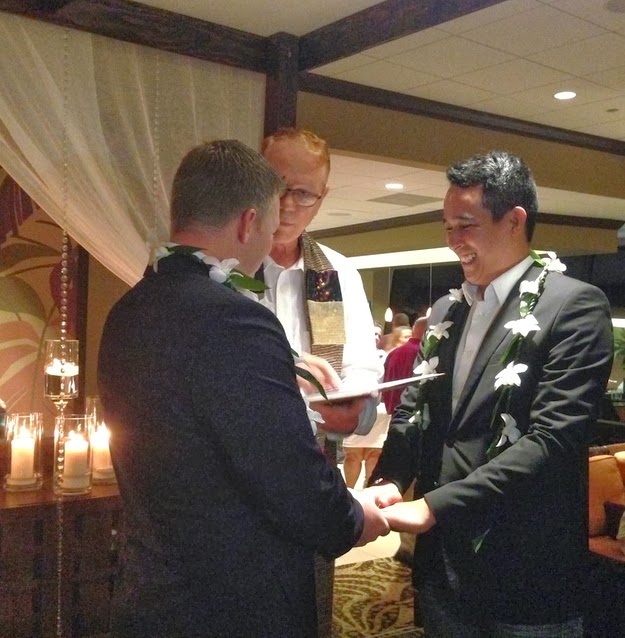 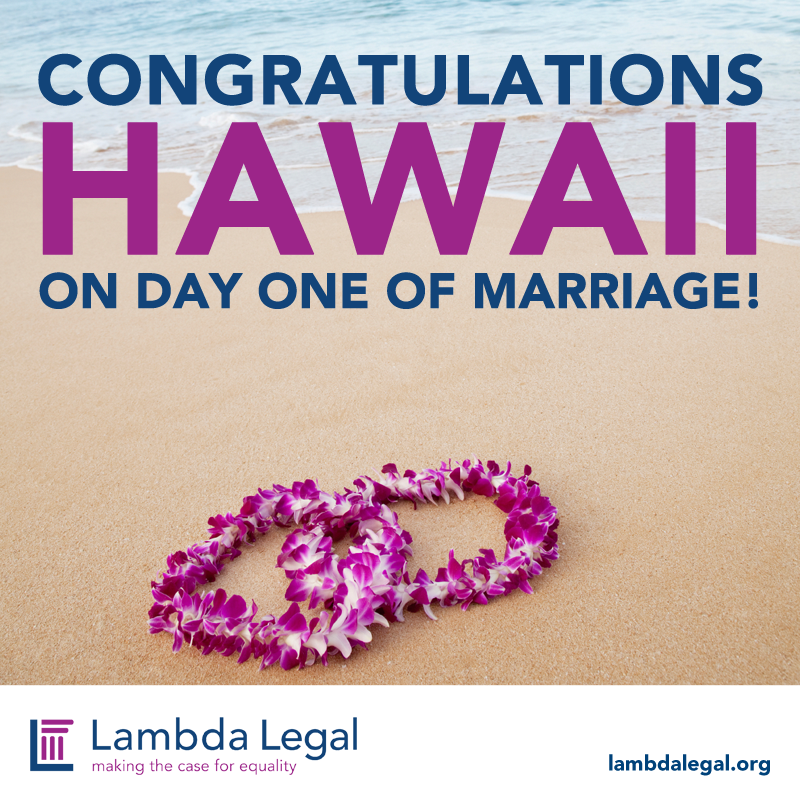 A Waikiki resort was hosting mass ceremonies for anyone wanting to sign up, while a group of clergy who pushed for the new law planned to host a wedding for an openly gay Unitarian minister at a church near downtown Honolulu.

Take a look at all the shiny, happy people via Buzzfeed. Congratulations Hawaii!