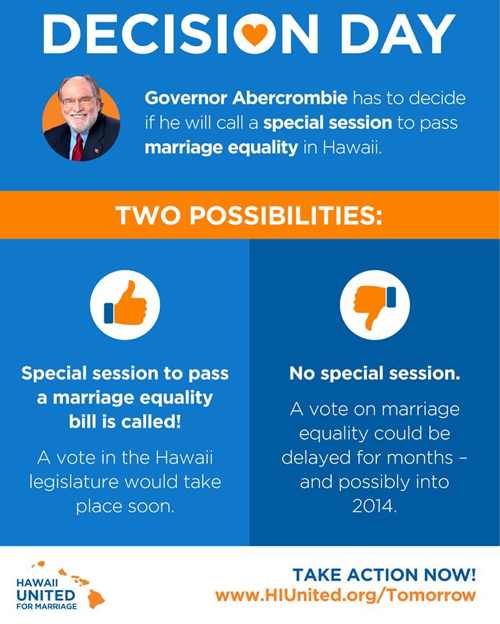 Hawaii‘s Democratic Governor Neil Abercrombie will be meeting with state legislators to decide whether to call a special session to vote on same-sex marriage.

Dems have solid majorities in both houses, so the bill would have a strong chance of passing. Last month, Governor Abercrombie said it was “very likely” Democrats could come up with enough votes, and if so, he would call for a special session.

The governor has also submitted his own draft of legislation that would serve as the blueprint to passing marriage equality.

“The meeting comes more than a week after Abercrombie released an 18-page draft of legislation that would allow marriage licenses to be issued starting Oct. 3 and ceremonies to begin Nov. 1,” the AP reports.