Born May 22, 1930, Harvey Milk – the first openly gay man to be elected to public office – is listed as one of Time Magazine’s “100 Most Important People of the 20th Century,” because he spoke out not only for LGBTQ people but women, people of color and other communities living on the margins.

“All men are created equal. No matter how hard they try, they can never erase those words. That is what America is about.”

“It takes no compromising to give people their rights. It takes no money to respect the individual. It takes no survey to remove repressions."

A Naval and Korean War Veteran, Harvey Milk became the first openly gay man elected in California, to San Francisco’s Board of Supervisors in  1977.

At a time when anti-gay ballot issues were winning across the country, Milk and his coalition were a major force in defeating California’s “Prop. 6 Briggs’ Initiative” that mandated firing teachers for being gay.

He was the first openly gay man elected to public office; but more than that, he won that election a mere eight years after the Stonewall Rebellion in 1969.

Harvey Milk once said, “It takes no compromise to give people their rights.” Those words have never been truer as we fight to stop hate, protect reproductive rights, and strengthen the right to vote. #HarveyMilkDay

His message of inclusion, the value of the marginalized, which he built his representative coalition around, also help elect the first Asian American man and African American woman to San Francisco’s Board of Supervisors.

In his short eleven months in office, he spearheaded the defeat of California’s “Brigg’s Initiative” which would have prohibited gays and lesbians from teaching in schools.

Like Abraham Lincoln, Malcolm X, and Martin Luther King, Jr. before him, the gay civil rights leader and champion of equality and justice, knew what history held in store.

What Harvey Milk could not have known was the recording he made in the event of his murder would be played just nine days later, when a white, Christian, anti-gay, straight, gunman assassinated him and San Francisco Mayor, George Moscone in their City Hall offices on November 27, 1978.

“If a bullet should enter my brain, let that bullet destroy every closet door.”

While it is impossible to imagine what Harvey Milk might have gone on to achieve had he not been killed, it’s plain to see the lasting impact his living legacy has had on the LGBT+ Community and America as a whole.

He has received countless honors posthumously, including a Naval ship named after him; the first postal stamp recognizing an openly gay American, a critically acclaimed biopic; and our country’s highest honor given to a civilian, the Medal of Freedom, presented by President Obama in 2009.

In 1985, The Times of Harvey Milk, narrated by Harvey Fierstein, became the first gay-themed film by openly LGBTQ filmmakers to win an Academy Award.

The stirring documentary focuses on an ordinary man who believed in ordinary values but made extraordinary accomplishments by giving everyone hope. Its colorfully told by the vibrant and dedicated people who were a part of the movement and is profoundly moving.

#HarveyMilkDay is an opportunity to celebrate the strength, passion and vision of an extraordinary leader whose legacy continues to inspire people around the world. Today and every day, we remember the joyful fight he waged to overcome hate and build a brighter future. pic.twitter.com/NF66pcTqO2

But greater than all these is the lasting legacy Harvey Milk gave us in his words and wisdom.

It is striking in comparison to today’s divisive social and political rhetoric, that Harvey Milk succeeded in bringing people together by speaking of hope. He spoke of and to the “us’s” as equal people in our communities, that the marginalized matter.

“The fact is that more people have been slaughtered in the name of religion than for any other single reason. That, that my friends, that is true perversion!”

“All young people, regardless of sexual orientation or identity, deserve a safe and supportive environment in which to achieve their full potential.”

“It’s not my victory, it’s yours and yours and yours. If a gay can win, it means there is hope that the system can work for all minorities if we fight. We’ve given them hope.”

“Rights are won only by those who make their voices heard.”

“If you are not personally free to be yourself in that most important of all human activities… the expression of love… then life itself loses its meaning.” 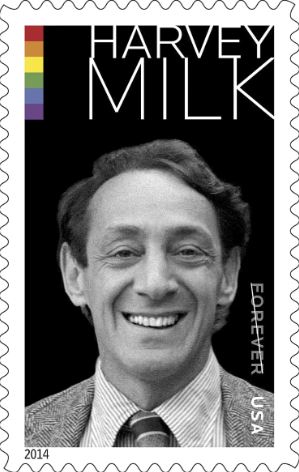 Guest post by Lawrence Pfeil, Jr., a freelance writer/playwright who has reviewed film and theatre, both on and off-Broadway, for media outlets including The Randy Report, the New York Blade, and Edge Publications. You can follow him at TheOUTfront.com.